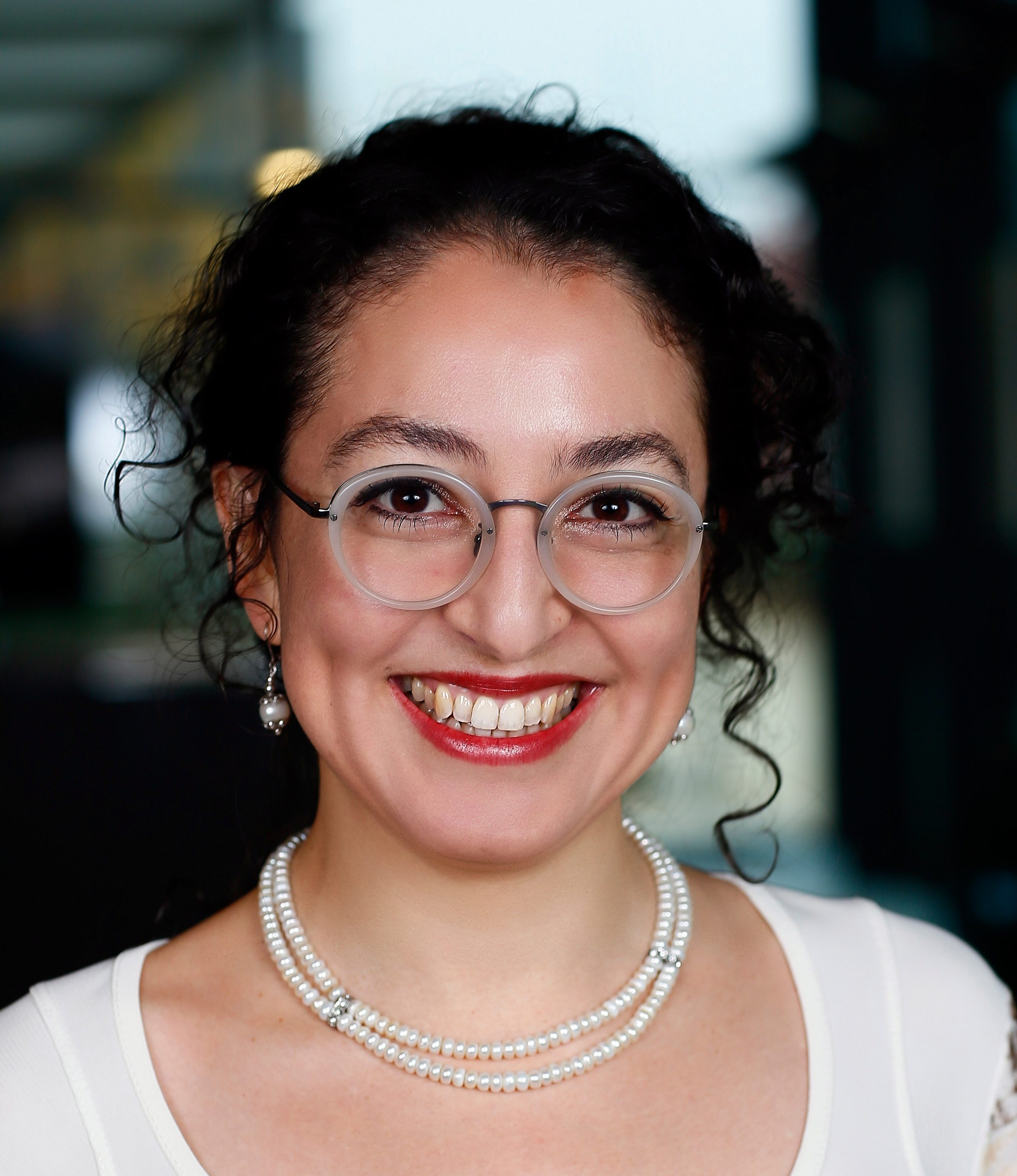 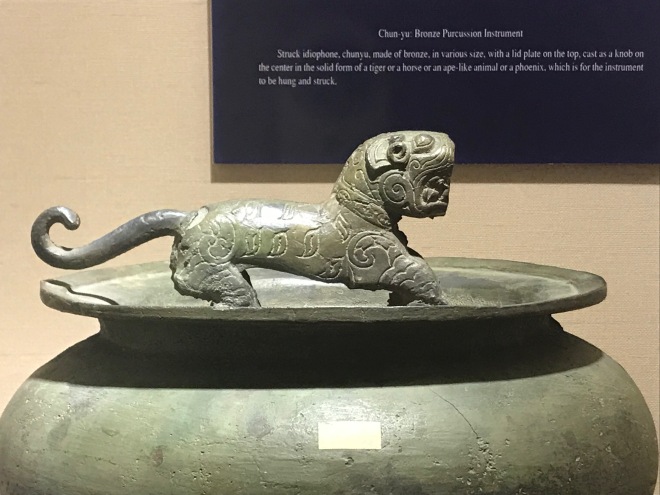 Exhibiting music highlights the challenge of presenting the intangible, through tangible and digital objects, with fragmented collections. In this post I explore these topics as experienced in various Museums of Music across the world while arguing that music can help close the gap between culture and heritage. In this post: Shanghai. 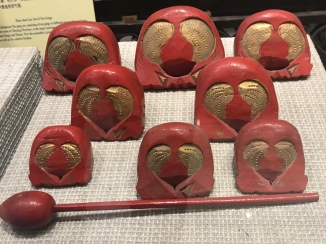 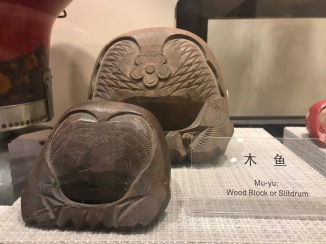 The museum focused on the display of objects with a minimal identification label containing a bilingual name of the object. The slit drums above are mostly used to accompany Buddhist chant. Its ‘fish’ shape reminds Buddhists of the wakeful attention required at prayers, like fish keeping their eyes open all their lives. 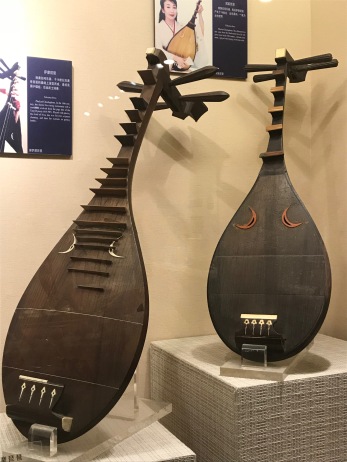 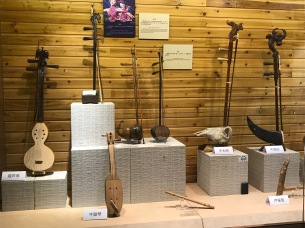 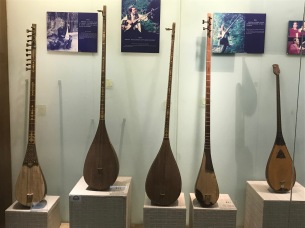 Some contextual information was provided across the museum for certain objects. Above, the string family of the pipa, including the short plucked chordaphones with five strings and crook neck. They were played for scripture chanting. 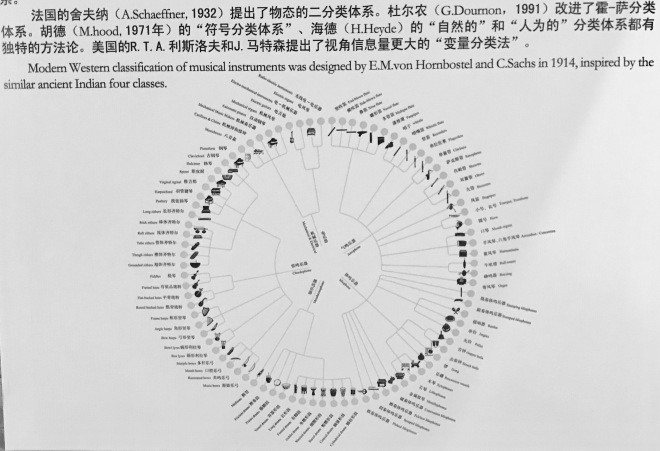 Despite the relatively limited information in English, enough text was made available to give a glimpse on the research program behind the displays. The closing panel contained the following summary:

In human musical events, musical instruments are products of economy, culture and technology, as well as artifacts from human wisdom and creativity. Their development cannot be separated from a nation’s cultural ideology, religion, handicraft, aesthetics, performing technique and musical composition.

The museum was not easy to find, it seemed to provide an oasis for the musical connoisseurs who were welcomed by the painting below. The rooms were dark and visitors were asked to turn the lights on and off themselves. No cafe, not a shop, just a collection of musical instruments for public display.

Back out into the street and with my poor ability to recognize Chinese characters, I instead searched for pipas across the city. I was able to find a couple of paintings depicting a lady playing the pipa at the Shanghai Museum and had the magnificent opportunity to attend a Kunqu Opera, labelled by Unesco as Masterpiece of Oral and Intangible Heritage of Humanity. The performance was appropriate: “Tale of the Pipa“. 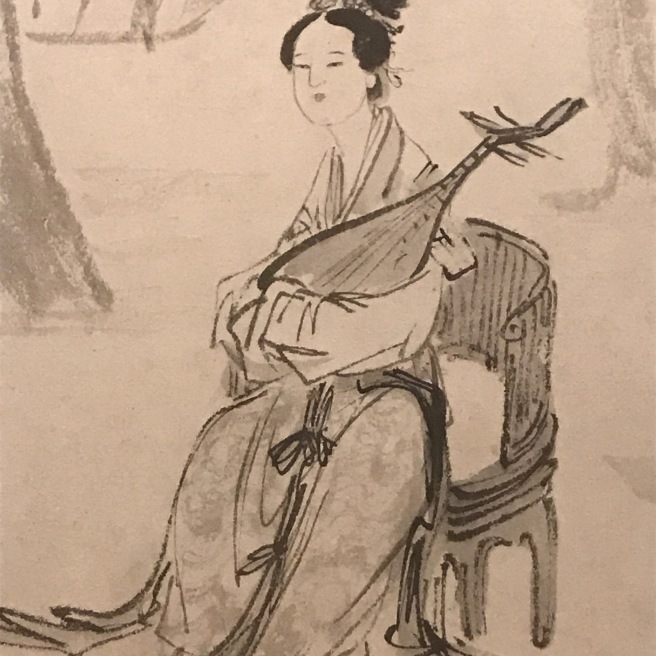 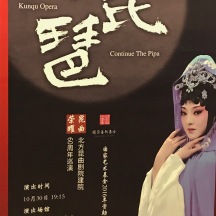 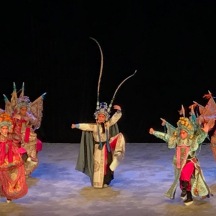 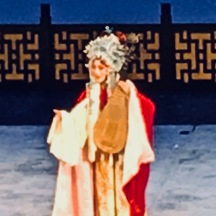 The pipa is sometimes called the Chinese lute and has been a widely used instrument in China since the 2nd Century AD, with preferences changing for Buddhist, folk, court, and popular music. It is a distinct instrument that reflects technological development influenced by and influencing the musical development of the region, with derivates found across East Asia. My favourite finds were at the temple of the City God (coloured figure) and the Jade Buddha Temple (unpainted wooden figure). 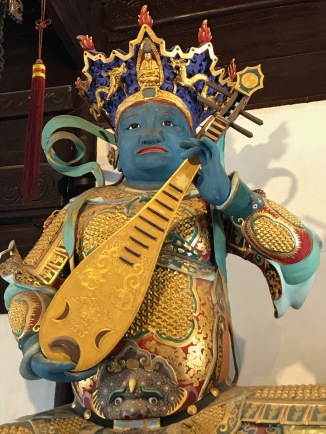 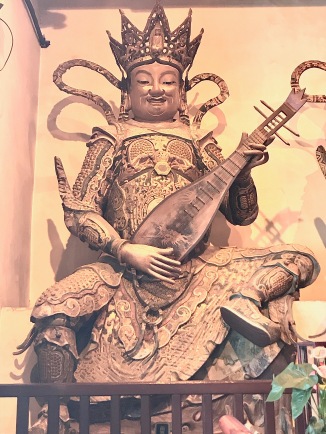 Clearly, my experience was of a Museum of Oriental Instruments expanding beyond its walls to provide a rich contextualization of music, with its tangible and intangible displays, as I exited the museum and entered temples, art and history museums, performing arts halls, and instrument shops. With an alert eye, the pipa can be found everywhere ! Shanghai is a city of music. 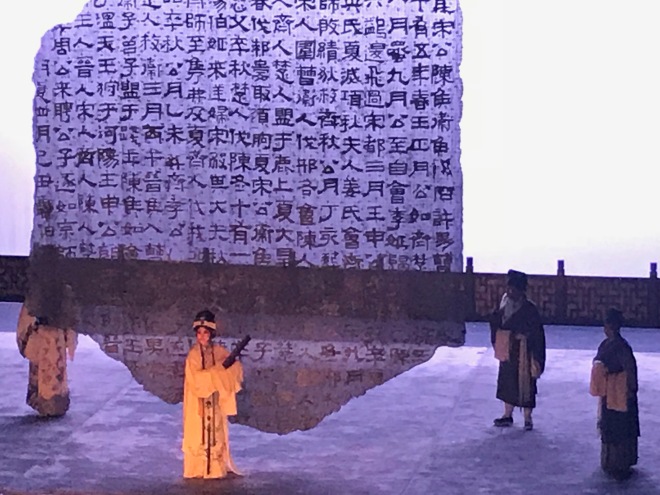